Last August and for two days, UNISA hosted the National Conference on  Multilingualism in Higher Education. Academics and language practitioners from all around South Africa came together to present their initiatives and discuss the issues at stake.

For instance, North West University has started to become a trilingual university (English, Afrikaans,  Setswana). It already provides interpreting services for those languages.

At the University of KwaZulu Natal, learning Zulu is now compulsary for all students and a team around Dr Langa Khumalo is working actively into producing multilingual terminologies. His own talk introduced a tongue-twisting term often heard during those two days: intellectualisation. In short, it refers to the process of empowering a language of communication into a language of learning and teaching.

Prof. Mbulungeni from the University of Cape Town (UCT) gave a keynote address.  UCT seems to also have a terminology project with an online platform (but I could not retrieve the link).

As for the University of South Africa (UNISA), it has already initiated the translation of selected learning modules into all official languages. Prof. Koliswa Moropa,  Khetiwe Marais and Feziwe Shoba presented this ongoing effort and the challenges it arises.

Prof. Laurette Pretorius presented our own effort at the Academy of African Languages and Science to build language resources from institutional content in
Higher Education. My own bit there mainly deals with terminology extraction for the South African languages, on which I have the pleasure to work with Friedel Wolff. He himself gave a talk on the more or less multilingual nature of institutional websites.

Overall, a pretty good conference, very stimulating for those of us working in the realm of mother-tongue education, be it on an institutional or technological level.

The Academy of African Languages and Science at UNISA 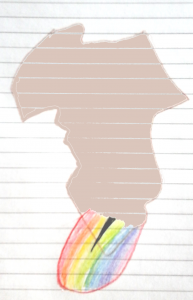 The South African constitution of 1996 recognizes no less than 11 official languages.

They comprise Southern Bantu languages, plus Afrikaans and English.

I guess I can skip introducing English. As for Afrikaans, this is a Germanic language, evolved from the Dutch spoken by European settlers, originally in the Cape peninsula.

Among the Southern Bantu languages, we find the Nguni languages: Ndebele, Swati, Zulu, Xhosa. They are easily recognizable by their click sounds, that they borrowed from the Khoi-San languages.

The Sotho languages form another sub-family with Sotho, Northern Sotho (a.k.a. Pedi), Tswana.

Finally, there remain two outliers, located in the North-Eastern part  of the country: Tsonga (also spoken in Mozambique) and Venda.

As such, it has a specific mission in serving the whole population, regardless of the language they speak. I will come back on that in another post!

UNISA or the University of South Africa.

Listen to the clicks.